By Night / Everyday / 0500 GMT to 0900 GMT - A nice music mix, from low to medium tempo. Morena FM was the first station in Brazil to broadcast live during all morning, 2:00 to 6:00 local time. Other stations considered an "audience graveyard". We call it "lots of people that need a good radio to listen to".

Jornal da Bahia / Mon to Fri / 1100 GMT to 1200 GMT - A news program and talk show that covers everything that happens in Bahia state, hosted by former Salvador Mayor Mario Kertesz.

A La Carte / Mon to Fri / 1500 GMT to 1700 GMT - In Brazil it goes live during our lunch time. It's a two-hour program featuring only brazilian music from our finest artists. 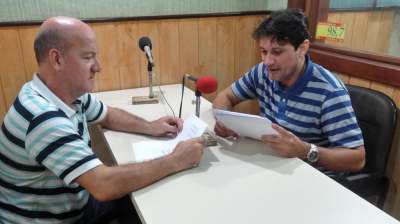 Clube da Morena / Mon to Fri / 2000 GMT to 2145 GMT - Everyday we gather the most requested songs from our listeners and promote them here. Só Brasil / Tuesday, 0100 GMT - A broad mix of brazilian genres, from pop to rock, from bossa nova to forro, from reggae to dance and axe.

Memória BR / Wednesday, 2300 GMT - Only flash-backs from brazilian music, featuring all the songs that were a great success in the past.

Rock Brasilis / Wednesday, 0100 GMT - The best from brazilian rock, from old hits to new songs, from pop-rock to hard and metal.

Raiz Brasileira / Thursday, 2300 GMT - A program featuring the best of Samba, the original genre from Brasil. 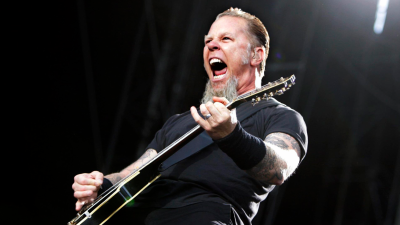 Max Metal / Thursday, 0100 GMT - One of the most famous Morena's programs, it shows the best of rock, from pop-rock to metal, from new releases to all-time classics.

Expresso 98 / Friday, 2300 GMT - The 90's were very special for Morena FM. We went 100% digital, ahead of everybody else in Brazil and Expresso 98 was the first 100% digital program in Brazil. So we keep an entire show devoted to that decade.

Onda 98 / Saturday and Sunday / 1200 GMT to 1500 GMT - Our region has sunshine and high temperature most of the year, so we provide the better soundtrack for the pool, the beach and outdoor activities.

In Concert / Sunday, 2200 GMT - An one-hour special featuring the work of a great brazilian or international artist. Sometimes we highlight a specific and important album. 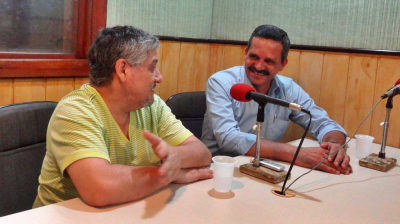 Every station in Brazil has to broadcast an official one-hour program called A Voz do Brasil, all at the same time (19h local / 22 GMT on weekdays), but this obligation does not extend to the streaming. So, Morena FM devised a way to broadcast a different content online during this hour.

On Mondays it broadcasts Putumayo World Music Hour, hosted by Rosalie Howarth and Dan Storper. The show takes listeners on a weekly journey through the music of many different cultures. ​PWMH episodes include a blend of music from well-known artists and exceptional, underexposed international artists.
On Tuesdays, Jazz & Blues; on Wednesdays Lendas do Rock and on Thursdays we have Allegro, the best of classical music (as in Mozart), like you never heard before.

Every Friday, at 19h00 local time or 2200 GMT, Morena FM presents The Eurovision Show. Hosted by Simon Harding, celebrating the music of Eurovision past and present, featuring annual winners, famous past entrants, new music, other great songs from Eurovision's six decade history, the latest news from the Song Contest World and guest interviews.

Morena FM is a commercial radio station in Itabuna, Bahia, Brazil. It was the first station in South America to only use digital music and commercials, back in 1991. It started broadcasting online in 1998, 24/7, and gathered a broad international audience, even featuring only shows spoken in Portuguese.
In 2021, Morena FM started a new plan, to give online listeners English spoken programs as well. It starts now with The Eurovision Show and the US Top 20 Show, but we'll launch other shows along this year.

Get our Android app

You can listen to Morena FM anywhere with our Android app, even in your car, pairing your smartphone to your on board sound system.

In case your cell is Apple

We don't have a proprietary iOS app, but strongly recommend TuneIn, where you'll find us easily.